A Door in the River by Inger Ash Wolfe

Henry Wiest’s death just doesn’t sit right with Hazel.  The coroner concludes that he was killed by a wasp sting, but without a stinger left in the body, Hazel is sceptical. When the results from a second post-mortem come back saying that his death was not due to a wasp sting but to a taser, Hazel turns up the heat on the investigation.  What was this man, a well-liked hardware store owner, doing in the parking lot of the local First Nations reserve?  Where did the wad of money that his wife found in a drawer in their home come from?

When Cathy Wiest, Henry’s widow, is tasered in her own home by a young, foreign, grubby-looking woman, Hazel knows that she won’t be getting any sleep any time soon.

Wolfe takes us on a wild ride with each new chapter revealing shocking details of a disturbing network of depravity and horror.  Hazel needs to keep her wits about her and a strong team around her in order to crack this case. 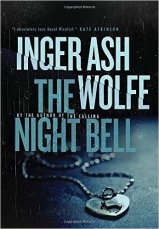 Wolfe’s latest novel could easily read as a headline from today’s newspapers.

many years before.  However, none of the deaths are listed in the records of that time.  Hazel has a flash-back to when she was a teenager in Port Dundas, Ontario when the coroner dates the bones to the 1950s.  Her half-brother, Alan, aged twelve, was a suspect in the disappearance of a local girl, Carol Lim and Hazel will never forget the day that Carol disappeared.

When one of Hazel’s constables is kidnapped and people who’ve talked to the police are targeted, Hazel is sure that this case reaches further than the defunct orphanage.  Lies, corruption, and the blurring of the lines between innocence and guilt meet her at every turn.  “The evil that men do” is not just a cliché.  It’s the heart of this story.

Inger Ash Wolfe, aka Michael Redhill, will be joining the Library as part of STARFest 2016.  He will be hosted by Writer in Residence Marty Chan on Saturday Oct. 22 7:00pm.

Tickets are $5, and available from the St. Albert Public Library or through Eventbrite.

The Calling by Inger Ash Wolfe

I can’t think of a more grisly series of murders in a novel as those that take place in The Calling, Wolfe’s first Hazel Micallef mystery.  For all the times I wanted to put it down, I just couldn’t – the story was far too compelling.

Inspector Hazel Micallef, acting chief of the Port Dundas police is in pain – both physically and emotionally.  Her back is giving her grief, her team of officers is unhappy, and her home situation is anything but agreeable.  When someone begins murdering the terminally ill in increasingly macabre ways, she pulls out all the stops to discover the motive and in turn, find the murderer.  When she finally pieces everything together, Micallef is stunned beyond belief at what has motivated this killer.  As a reader, I was too.

The Taken by Inger Ash Wolfe

DC James Wingate is at the helm while DI Hazel Micallef is recovering from back surgery.  She’s still in pain, and her home situation is bizarre, but at least her team seems to be working well together.   Micallef is called back to work when a body is found in a nearby lake, the scenario mimicking a recent chapter in a fictional serial currently being published in a local newspaper.  It’s apparent that the perpetrator is playing with the police when the body is brought to the surface.

As further chapters in the serial are published, they foreshadow, exactly, what the police find as they continue their investigation.

Obsessive grief and love steer this novel into deep and murky waters and the solution to the mystery of the body and the events surrounding it caught me completely by surprise. 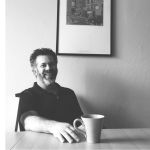 Tickets are $5, and available at the St. Albert Public Library or through Eventbrite.