Find out more about Canada Reads @ the Library. 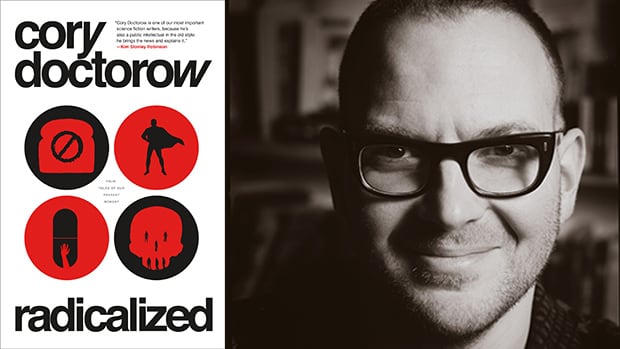 Told through one of the most on-pulse genre voices of our generation, Radicalized is a timely collection consisting of four SF novellas connected by social, technological, and economic visions of today and what America could be in the near, near future.

“Unauthorized Bread” is a tale of immigration, the toxicity of economic and technological stratification, and the young and downtrodden fighting against all odds to survive and prosper.

In “Model Minority”, a Superman-like figure attempts to rectify the corruption of the police forces he long erroneously thought protected the defenseless…only to find his efforts adversely affecting their victims.

“Radicalized” is a story of a darkweb-enforced violent uprising against insurance companies told from the perspective of a man desperate to secure funding for an experimental drug that could cure his wife’s terminal cancer.

The fourth story, “Masque of the Red Death”, harkens back to Doctorow’s Walkaway , taking on issues of survivalism versus community.