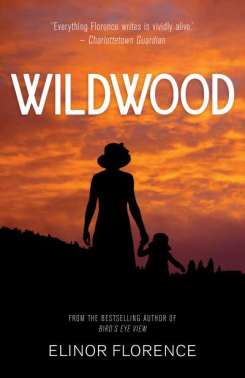 The Seniors Drop-In Book Club will meet at 2:00 pm on Wednesday, March 13 in Forsyth Hall on the first floor of the Library to discuss the novel  Wildwood by Elinor Florence.

Broke and desperate, single mother Molly Bannister of Phoenix, Arizona, accepts the stern condition laid down in her great-aunt’s will: to spend one year in an abandoned farmhouse deep in the remote backwoods of northern Alberta. If she does, she can sell the farm and fund her four-year-old daughter Bridget’s badly needed medical treatments.

With grim determination, Molly teaches herself the basic pioneer skills, chopping firewood and washing her clothes with melted snow. But her greatest perils come from the brutal wilderness itself, from blizzards to grizzly bears. The journal written by her courageous great-aunt, the original homesteader, inspires her to struggle on.

But there’s another obstacle to her success: an idealistic young farmer, Colin McKay, wants to thwart Molly’s strategy to sell her great-aunt’s farm to an oil company. Will Molly be cheated out of her inheritance after all? Will she and Bridget survive the savage winter, and what comes next? Not only their financial future, but their very lives are at stake.

After earning her English degree at the University of Saskatchewan, she studied journalism at Carleton University. She launched her career at her hometown newspaper The Battlefords Advertiser-Post, followed by The Western Producer in Saskatoon, The Red Deer Advocate in Alberta, The Winnipeg Sun in Manitoba, and The Province in Vancouver, British Columbia.

Weary of city life, Elinor and her husband moved their young family to the mountain resort town of Invermere, British Columbia. For the next eight years, she was a regular writer for Reader’s Digest.

She returned to her newspaper roots when she purchased a fledgling local newspaper, The Columbia Valley Pioneer, and turned it into an award-winning community staple.

Elinor sold the newspaper in 2010 to pursue her lifelong goal of writing fiction. Her first historical novel Bird’s Eye View was published by Dundurn Press of Toronto in October 2014.

She continues to interview veterans and blog about our proud history at Wartime Wednesdays. In 2016 many of her original interviews appeared in a book of non-fiction titled: My Favourite Veterans: True Stories From World War Two’s Hometown Heroes.

Her new novel Wildwood was released in February 2018. It tells the story of a single mother from the big city who inherits an abandoned off-the-grid farmhouse north of Peace River, Alberta, and must learn the pioneer arts in order to survive.

Background to Wildwood: Information and photos from the author’s website

Review: An escape into the untamed north