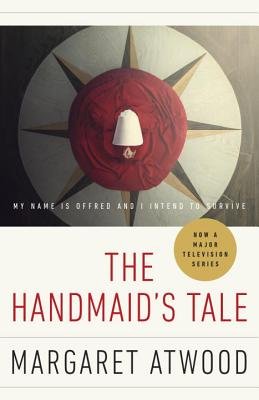 The Monday Evening Book Club will meet in Forsyth Hall on January 8 at 7 pm. This month we’re discussing The Handmaid’s Tale by Margaret Atwood.

In this multi-award-winning, bestselling novel, Margaret Atwood has created a stunning Orwellian vision of the near future. This is the story of Offred, one of the unfortunate “Handmaids” under the new social order who have only one purpose: to breed. In Gilead, where women are prohibited from holding jobs, reading, and forming friendships, Offred’s persistent memories of life in the “time before” and her will to survive are acts of rebellion. Provocative, startling, prophetic, and with Margaret Atwood’s devastating irony, wit, and acute perceptive powers in full force, The Handmaid’s Tale is at once a mordant satire and a dire warning.

Margaret Atwood, whose work has been published in thirty-five countries, is the author of more than forty books of fiction, poetry, and critical essays. In addition to The Handmaid’s Tale, her novels include Cat’s Eye, short-listed for the 1989 Booker Prize; Alias Grace, which won the Giller Prize in Canada and the Premio Mondello in Italy; The Blind Assassin, winner of the 2000 Booker Prize; Oryx and Crake, short-listed for the 2003 Man Booker Prize; The Year of the Flood; and MaddAddam. She is the recipient of the Los Angeles Times Innovator’s Award, and lives in Toronto with the writer Graeme Gibson. (Publisher)